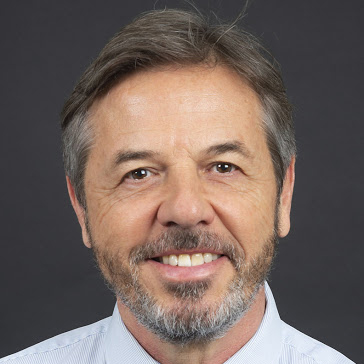 Professor Pascal Boileau completed his undergraduate and graduate training in Nice, France in the University of Nice-Sophia Antipolis. ln the framework of the university resident exchange program, he was resident in Lyon. He is Board Certified in Orthopedic Surgery and Traumatology. He was Chairman of the University Institute of Locomotion and Sports of Pasteur 2 Hospital and Chairman of its Department of Orthopedic and Sports Surgery. He was in charge of Outpatient Surgery of the University Hospital Center of Nice. In November 2021 he founded the ICR (Institut de Chirurgie Réparatrice -Locomoteur & Sport/Institute for Sports & Reconstructive Bone & Joint Surgery), a private clinic member of Groupe Kantys, where he practices currently. Pascal Boileau took an active part in the academic life of the Medical School of Nice, University of Nice-Sophia-Antipolis, where he was nominated Vice-Dean in 2010, was the President of the Scientific Commission from 2010 to 2014, as well as being a member of the Administrative Council of the Medical School up to 2018. He was the President of the European Society for Surgery of the Shoulder and Elbow from 2010 to 2012 after serving as General Secretary between 2008 and 201O. He is the member of several national and international learned societies. Professor Boileau specializes in shoulder surgery and is one of the designers of the Aequalis shoulder prostheses family and has developed several surgical devices and arthroscopy techniques. Professor Boileau has won the Gisela Sturm prize (European Federation of Orthopaedics and Traumatology) of innovation in prosthetic surgery in 1997. He also won the Neer Award in 2005 for clinical research and several other prizes for his scientific work. Professor Boileau has a wide-ranging scientific activity; he has more than 180 articles published in peer-re­reviewed journals, has edited 15 books, besides the more than 200 articles and chapters contributed to other publications. His papers are regularly selected for presentation in international and national meetings (more than 350). His works, studies and projects have earned him national and international recognition and he has been invited to lecture worldwide. Every two years he organizes the Nice Shoulder Course – Current Concepts, a meeting where internationally recognized experts share their knowledge, experience and views in the field of shoulder pathology and surgical treatment.